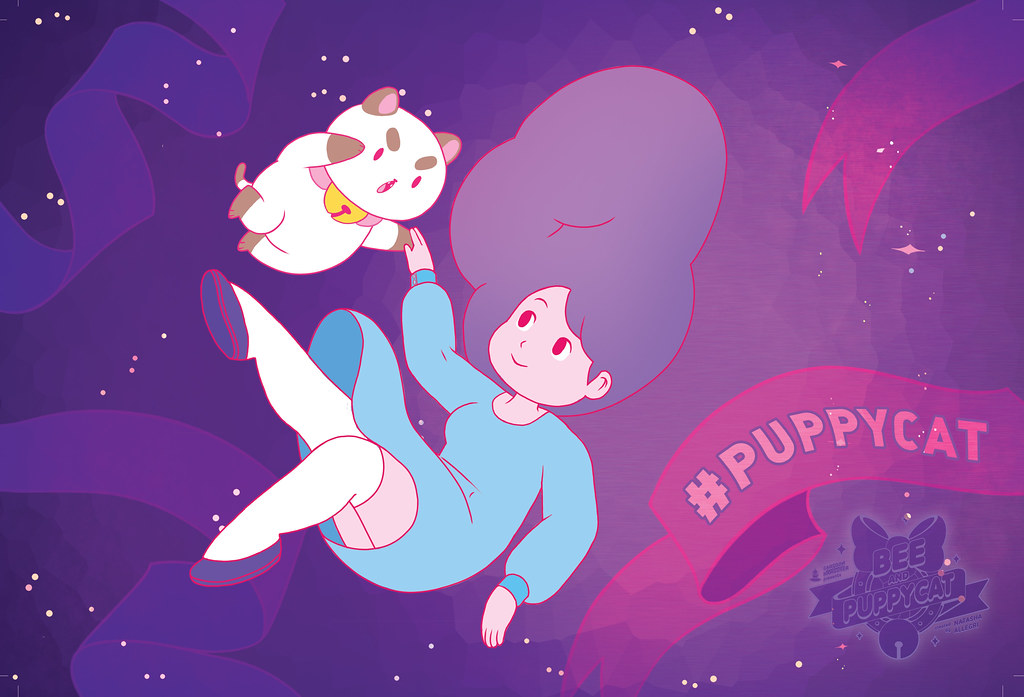 Bee and Puppycat is a fantastic animated show. It follows a lovable, quirky cast of characters as they attempt to navigate adulthood as 25+ years old. It’s paced slowly and is relaxing. There are many scenes where the characters are just walking, or are thinking in silence. In addition to this, the show envelopes itself with a bubbly, pastel-colored art style and a soothing soundtrack. The show has a whimsical, dream-like quality to it, and among the high-paced stressors of college life, I found myself drawn to Bee and Puppycat like a magnet.

The art style of animated shows is what catches my eye, first and foremost, and Bee and Puppycat was no exception. It’s bright and bubbly with a pastel-colored palette. It feels as though I’m eating candy with my eyes as I watch the episodes unfold. Paired with the soundtrack, which sounds as pastelly and bubbly as the show looks, I’m filled to the brim with the positive vibes the show produces.

“It feels as though I’m eating candy with my eyes as I watch the episodes unfold. Paired with the soundtrack, which sounds as pastelly and bubbly as the show looks, I’m filled to the brim with the positive vibes the show produces.”

The soundtrack of Bee and Puppycat is a soothing, comforting lofi theme. There’s a certain achingly sweet nostalgia I get when I listen to it, but I can’t quite place why that is…

Bee and Puppycat is extraordinarily well-written. It’s bursting over with subtle foreshadowing, plot twists, and random strangeness. It’s a coming-of-age show. The ironic part is that all of the main characters are over twenty-five, past the point where the human brain has matured. At this point, society has deemed that they should have their lives together, and yet they don’t. The adults are still finding themselves, they’re still awkward, they mess up and make mistakes. There are many instances of them acting like children. The one exception to this is Cardamon, a seven-year-old boy who’s forced to be an adult (or act like one, anyway.) His character development is absolutely beautiful, as he eventually realizes that he shouldn’t be the one to act like this, the adults should. He is the epitome of being a child and wanting to be respected, but still be treated like one, without the burdens and responsibilities of adulthood.

In addition, Bee and Puppycat is about failure in the workplace. Right off the bat in the first episode Bee is fired from her job and she still has to figure out how to pay rent while living in a studio apartment. Puppycat, Bee’s grumpy companion, had always been told that he’d grow up to be a lowly candy collector if he didn’t learn to do something with his life. He does, in fact, end up being a candy collector, but messed that up too when his relationship destroyed his life. Deckard, Bee’s best friend, is failing cooking school because, while he can cook, he can’t bake to save his life. Cas, Deckard’s sister, enjoyed boxing, but she was the worst in her boxing league, so she forced herself to learn to code software and is now stuck in a job that she hates. There are many, many more examples of this in the show. Failure in Bee and Puppycat is normalized. Every main character in the show experiences it at some point. Bee and Puppycat teaches that it’s okay to fail. I love this message so much, even though I have a hard time internalizing it. I’m a perfectionist, have a fear of failure, and my worth is tightly intertwined with my grades. This is extremely unhealthy, as a result, I am stressed 90% of the time. When the adults of Bee and Puppycat weren’t successful in their endeavors, their lives didn’t end. They grow and learn and find time to enjoy their life by hanging out with friends, watching funny shows, and eating yummy food. In this way, Bee and Puppycat also teaches that it’s okay to take time for yourself, and that is so, so important. Overall, I loved every bit of this show. It gave me lessons that stuck with me under all the beautiful weirdness of its story and characters, and its slow pacing and calming atmosphere made me feel comfortable and relaxed, something I don’t often feel amidst the stressors of life.