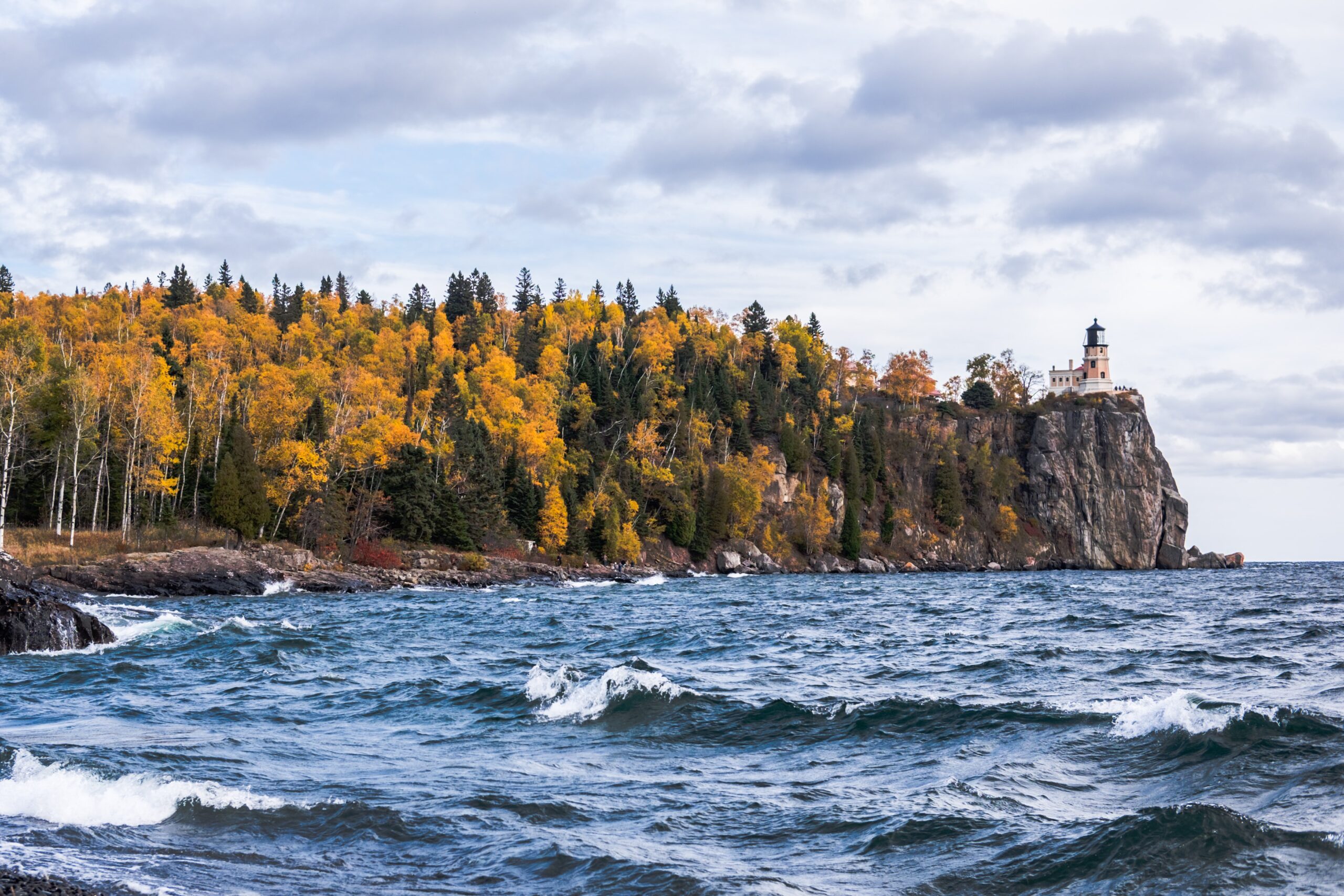 Author commentary: This piece originated from a brief reflection that I wrote after a memorable moment I experienced while on vacation in northern Minnesota last summer. Having recently read and discussed Annie Dillard’s Holy the Firm in Modern American Authors, I thought it might be edifying to expand my initial thoughts while borrowing stylistic and thematic influences from Dillard, even though I come to opposite theological conclusions than her.

I sip wildness with my every breath. I wake with it pouring into my ears through the window, borne aloft on swirling threads of lark song and lake wind. I live with its gritty harmonies battering my heart in insect euphonies and raven dissonances. I shut my eyes in a thicket of wildness, nestled in a lilting nocturne between a darkling lake and a firmament of torchlight. I cradle wildness in my palm when a leaf is shaken free from above. Is this not the primal quintessence itself, the product of earthbound nutrients absorbed into roots and miraculously metamorphosed into this wispy package of green? I flick my wispy muse to the breeze. I tread over wildness with every step. When I kick up the soil, I unearth it and set it free from the firm. When I fling a fistful of pebbles into the lake, I unchain wildness to the winds, scattering the ashes of the ages. The musky wildness of spruce and pine tickles my nose; lapping waves of wildness whip across the lake. I am lost in the sediment of time, dragged mercilessly onward by existence. I cloak myself with wildness and set out to ponder my agon with earth.

Conjure up the image of wildness, and no doubt you will envision something primitive, untamed, uncivilized. In our society of “seize the day,” “you do you,” and “express yourself”; we have relegated wildness solely to the interior—a region where nobody, if they actually understood themselves, would want to venture too deep into. What was it that lovable old solipsist Emerson said about the self? Oh yes. “A foolish consistency is the hobgoblin of little minds.” We are so concerned with finding our “true selves” and obeying our silly little impulses that we are utterly unable to latch onto that which is truly everlasting. Peering into our souls and striving to determine our own paths may indeed lead us to wildness, but it is the infernal chaos of Pandemonium rather than the gorgeously riotous, cricket-laden symphony that is a July evening in the north. The thing about ourselves is that, impetuous, irrational, and downright stupid as we can be, we are really quite predictable when it all comes down to it. We are bound to fall short. We will inevitably allow our heart to be led astray from its foundation and assaulted by banality. We will always turn back to reality and keep thinking that it is not enough for us. This is hardly the exhilarating unpredictability that lies at the core of wildness as it is injected into the bloodstream from the outside.

To one whose flesh has touched the molten ice that is a lake in the wilderness, whose ears store up the humming tremolo of trees tickled by the wind, whose soul is indelibly imaged with the impression of a moose and her calf grazing in a salt marsh, wildness takes on shape and stares back at you in the dark like a moon-cast shadow.

To one whose flesh has touched the molten ice that is a lake in the wilderness, whose ears store up the humming tremolo of trees tickled by the wind, whose soul is indelibly imaged with the impression of a moose and her calf grazing in a salt marsh, wildness takes on shape and stares back at you in the dark like a moon-cast shadow. True wildness takes cues only from the natural; runs on a schedule derived from a will that is so above our own so as to be germinal. It is the very definition of unpredictability, but it is the bedrock of all that is purely real. There are those who claim that the Creator wound up the universe, sketched some meticulous blueprints, plugged them into His machine, then stepped away and took His hands off it forever. I am convinced that such people have never really known the world. It is entirely possible to reduce the exquisitely melancholy wailing of the loon, the winking perpetual soliloquy of a spring-fed river, and the chest-rattling perorations of a land-uprooting thunderstorm to a series of mere observations: laws meant to be discovered and left aside for disinterested contemplation. If so, the world will force us to retreat into the quagmire of ourselves and give up the search, no matter how daring, for some sustaining breath that can help us make sense of the lavish order that we experience. Such a cowardly retreat seems to me akin to analyzing the components of a great banquet but refusing to eat it. One does not realize one’s place without realizing the true essence of the place, and it is through the acceptance of such a dogma about our surroundings by which we partake of its glories. There are “rational” explanations for why a chrysalis produces a butterfly, why the red-winged blackbird pours forth her song in the way that she does, and why there is such a thing as the aurora borealis. But experience exposes us to their spontaneity; their senseless fertility and fecundity. The unpredictability of nature may be learned by the tasting and seeing of it, and by this we may be awakened to the awe-inspiring perfect Will. To deny its involvement in every moment would be to rip the legs off the firmament.

Is it possible—at all possible—to even begin to comprehend that, if God exists and He is not the god of the disinterested observers, then every second—every tailing second of the universe, in our time and spacetime, angels’ realm and man’s abode—exists only because God keeps it from folding in on itself? Because He chooses not to, by fiat of a single word, revert this entire project back to the formless and void?

If it is possible to comprehend such a thing, the following is my vain attempt at an answer.

I stand at this particular moment in an undefined region in the north of Minnesota somewhere between the Arctic Circle and the Great Plains, in a wedge of wilderness that remains one of the country’s last (relatively) untouched areas. It is late June, when the rest of the state swelters under stagnant humidity, but the wind is God’s soap, a cleansing brush sweeping through the shocks and swaths of trees blanketing this land, shuttling forth a 50-degree chill, a 20 mph onslaught of divine breath that seeps into the skin like a baptism by the atmosphere. My toes hang on the brink of one of the thousands of lakes within my vicinity. Its surface is whipped into a frenzy by the elemental breath. The heavens are on the move, as if daring me to imagine an order to life that is infinitely more mysterious than what the city-dweller ever bothers to look up at. The sky is quilted, its mercurial mood shifting every five minutes by the newest push of wind bearing a new bank of deep-pile, slate-hued clouds or rich, north-embrightened sunlight. The classical languages had much more interesting words for sky than we do because they made no distinction between the scientific fact of the space over our heads and the teeming beauty of the spiritual kingdom. Latin: coelum, from which we derive celestial. Greek: ouranos, a pagan holdover from which we get Uranus, the god who supposedly kicked it all into gear before time was birthed. Hebrew: shamayim, an inseparable plural word that can only be accurately translated as heavens. Like the Trinity, the word cannot be robbed of either its singular or plural dimensions. Beset by such constant shifting, it is neither singular nor plural. It is a multiplicity of oneness.

A seagull slices the encroaching grayness, content to let himself be blown this way and that with no exertion of his own. Oh, if only we could drown our hubris and allow ourselves to soar. If only we knew that through action, striving, and “self-affirmation” that we can emulate the seagull. Shreds and dollops of cloud float briskly, seemingly feet over my head. Combined with the ceaseless, ever-renewing power of the waves, I feel I have landed in a region of eternal flux, where meaning is only to be found in the breath-quenching rapidity of beauty as it flies by, only to be ever renewed. I gulp in breath after breath of air so fragrant in its transparency, that I have to remind myself not to think about the act of breathing; to revert back to the stasis of my usual less-heightened routines. I drink it in like an outcast at an oasis, knowing that an anointing cup is being poured out for me over and over, and over and over accepting it with arms at full extension. What remains of the sun is masked in the snap of a finger. To my left, I see that the other end of the lake is being bestowed with a fresh cloudburst of rain (the lake had already received at least ten of them today). I know it would best befit me to seek shelter. But at this point I am stunned into submission. To hide from this miracle would be unthinkable. The mist glazes my spectacles as the wind accelerates to a howl. In the name of the Father, the wellspring of existence. The Son, flesh transfigured. The Spirit, wind so primal it can fan flames into being.

I know that tonight, I will stay up far past my usual time of dreams to watch the last pockets of light bleed from the heavens at nearly midnight, and stand under constellations so incandescent that their sublimity is barbaric.

I know that five minutes later, the sun will once more dapple the woods and dart its pinpointing rays into the lake lake. I know that the shower will die down within thirty seconds. I know that tonight, I will stay up far past my usual time of dreams to watch the last pockets of light bleed from the heavens at nearly midnight, and stand under constellations so incandescent that their sublimity is barbaric. For now, I continue to listen to the dancing and singing of the wind’s meter, sprinkled with skin-pricking water, ready to receive, in an explosive whisper, a revelation of the great unchanged.

I now know what wildness is. It is the unspeakable.