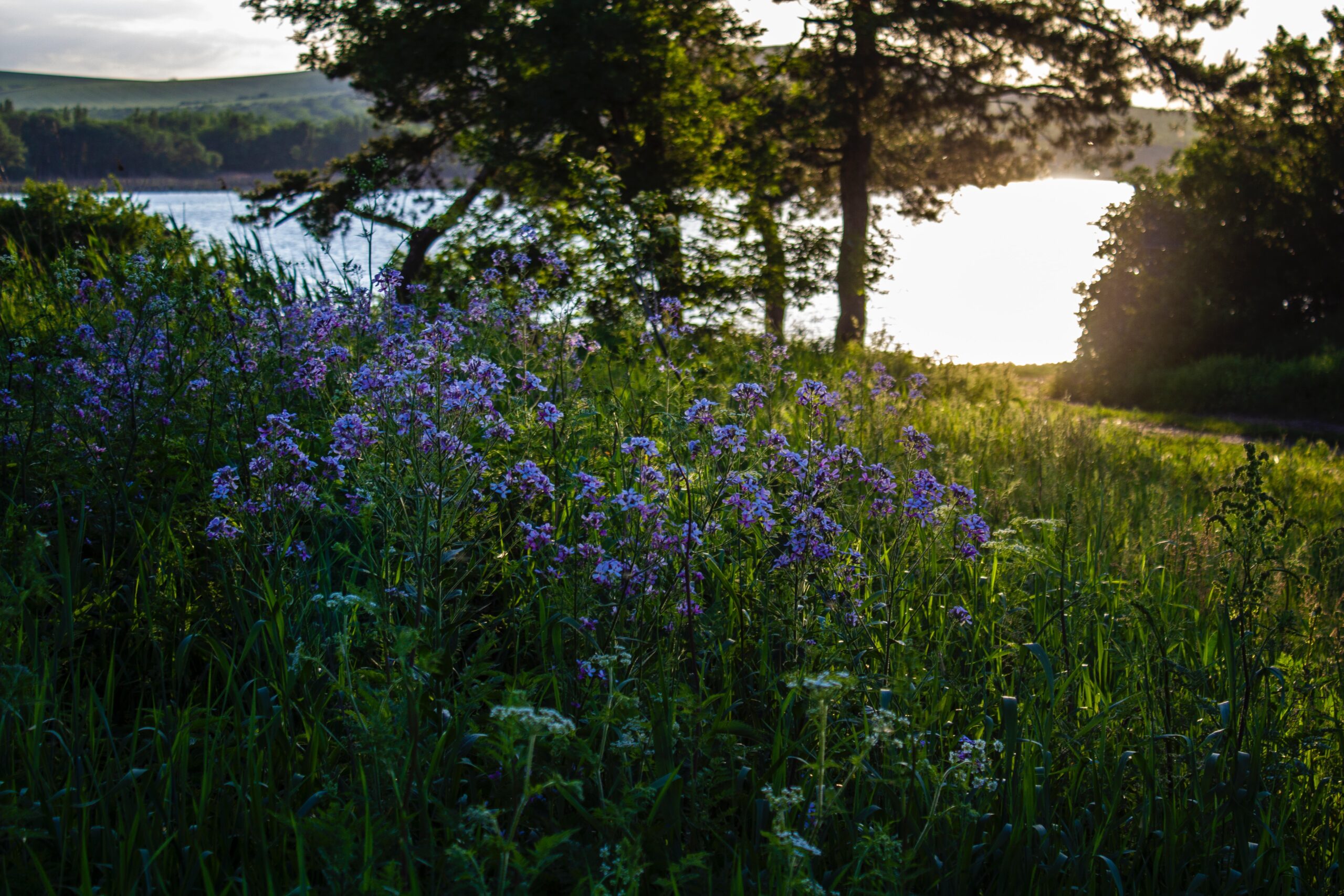 Author commentary: I am a passionate devotee of poetry, but sometimes I feel as if words refuse my sainted efforts to wrest them into lines and meter. For this reason, the concept of a prose poem appealed to me as I attempted to express my ideal image of word arrangement through what can be a more organic style. For these three prose poems, I honed in on personal encounters with nature that I have had throughout my life as a Minnesotan, particularly drawn from my experience in northern Minnesota. My style is informed by great poets who combined verbal music with perceptive observations about the natural world, such as John Keats and Gerard Manley Hopkins. The sketches illustrate different natural phenomena, but are tied together by reflections on the divine revelation in creation and the relationship between the three elements (water, earth, and air/sky) as well as the constant need for awakening and responsiveness to grace and beauty in all their forms.

1. The Quality of Ecstasy at Lake Superior

To send forth swells of lung-piercing air, perfumed with whiff of untouched earth, is its crowning glory. At the nativity of time, the thrice-emblazoned prime mover hovered over the bleached face of the waters, and when the silver-scented breeze glazes my face, it bears the brotherhood of water, earth, divinity, solidity, ephemerality. How I have often longed to open up the loamy earth and scoop out its sweet soil, yet when its visceral quintessence is floated and flung and blasted across the deeps from the unreal, gale-gashed, iris-pool blue of the skiey lake; I bury myself in beauty, I soar to the sculptor’s tower.

To ravish the eye with fairest curve and swell of eternity: as the swerving dread of uncertainty meets unburied souls at Styx, and the heart-searing terror of the seraphically-charged coal scorched the world-weary prophet’s lips1, so the thrill of infinity plays over the sun-torched ripples, flecks over the endless benumbing pool (have I mentioned it is of a lacerating blue; an impossible, velvet-pile blue that Plato would have died to dream of?) The eye sweeping in an eccentric orbit from heaven to water, from land to lake, sees little to separate them: after all, doesn’t the sky lend its lapis lazuli to the colorless waters, linking its ever-rolling sibling inextricably with its character? Does not this breath-snatching blue expanse nourish the land as well? Earth cannot sustain us if it fails to maintain its divine harmony, yet shouldn’t our mode of survival be rational? So much water, so much life, so much sky, so much soil and light: is not abundance senseless? Does not fecundity blind with its splendor and fail to console? Surely we do not crush the milkweed of existence, sail the primordial waters of creation, just to find senseless greatness, too much with which to stuff our souls?

When nature stings and burns the being, turning puffball noses into free-flowing fountains; when lavish terraced layers hardly suffice to keep away the raging ice; when the distance-shrunken orb of life sends forth its quixotic beams to lance the deadly peaceful air—this, then, is poetry; the tender warp and woof, stuff and flinty fabric, out of which we craft hamlets in the firmament, igloos in the empyrean.2 Comfort numbs us into earth-chained somnolence, but hostility chips away the time-caked core at the heart of life, exposing the pearly crescent of truth.

Let the poet whip away at frosted-over windshields, flake off ethereal dust that dissolves at a whim in the glove, and at last unearth the great reflecting stretched canvas in which all the refulgent manna is collected, whether swaying its sarabande3 in the air or mired in stalactites of slush, bandied about under our feet which tread the gifted given. Grace confines itself not to the reassuring known. It comes inscribed on diamonds, bejewelled in studded flakes, borne on brawny waves whipping its unworn message to the stars. It subdues the flesh as shatteringly as a leap from hearth to highway, and meets the eyes as brilliantly as that butter-toned sun that magnifies the sheeted crystalline to infinity. It hoops, bedecks with gilt the firmament and shoots rays of opalescent ether to blind rogues into submission. The soul and its world refuse segmentation: it is only when we dare to find fellowship in the freeze, communion in the cold, and marvel in all that glistening, powdered bounty; that we can say: this alone is life—this lung-squeezing, eye-watering, spirit-nourishing thing that refuses to meet us but where we are.

Once I bumbled through tangles of bluebonnet and evergreen, fanned with the serenades of industrious bees, kicking up strata of boot-sucking mud (fossilization of winter’s corpse), inhaling the lilac breeze shot through with prickly chill, just to smile in solitude with a stand of birch, just starting to squeeze out their fertile buds, peppering the vibrant theater with green confetti, igniting the acrid tragicomedy of dormant April into that merry jig that May lets us dance and whirl. This time of year, earth groans under the decaying load, spurts up fluting rills from untracked sources, drops the cue to antiphonal choirs of bantering chickadees, not to be smothered by the dissonant squawk of the blue jay in the distant gallery. From the squirrel mounting the arborous organ loft to the robin trilling his bronze clarion, spring in the north refuses to capitulate. Its brightness bursts forth in a shock of burgeoning ferns or bass-drum tintinnabulations of ruffed grouse rituals; even while a residue of stubborn haze, not yet swept up by the youngling sun, lingers to tantalize and dampen the crescendo of prodigious awakening.

Yet, as ever, nature mocks: as soon as the final shreds of winter melt into May’s great train, the loveliness of the transfigured land loses its luster. For then, in June, we are lulled into static loops by summer’s Lethe4, which wipes away the glory of transience, and fools us into accepting all without wonder. Soon, I ponder amidst wafting rose-musk eddies and luxurious bird-spun cantilenas: soon, soon will come a time when all this will be mundane. May the nectar of May never dry away; may I daily pluck its dew-empearled fruit.