Catching up with Hannah Dosch: An Interview by Jerod Harris 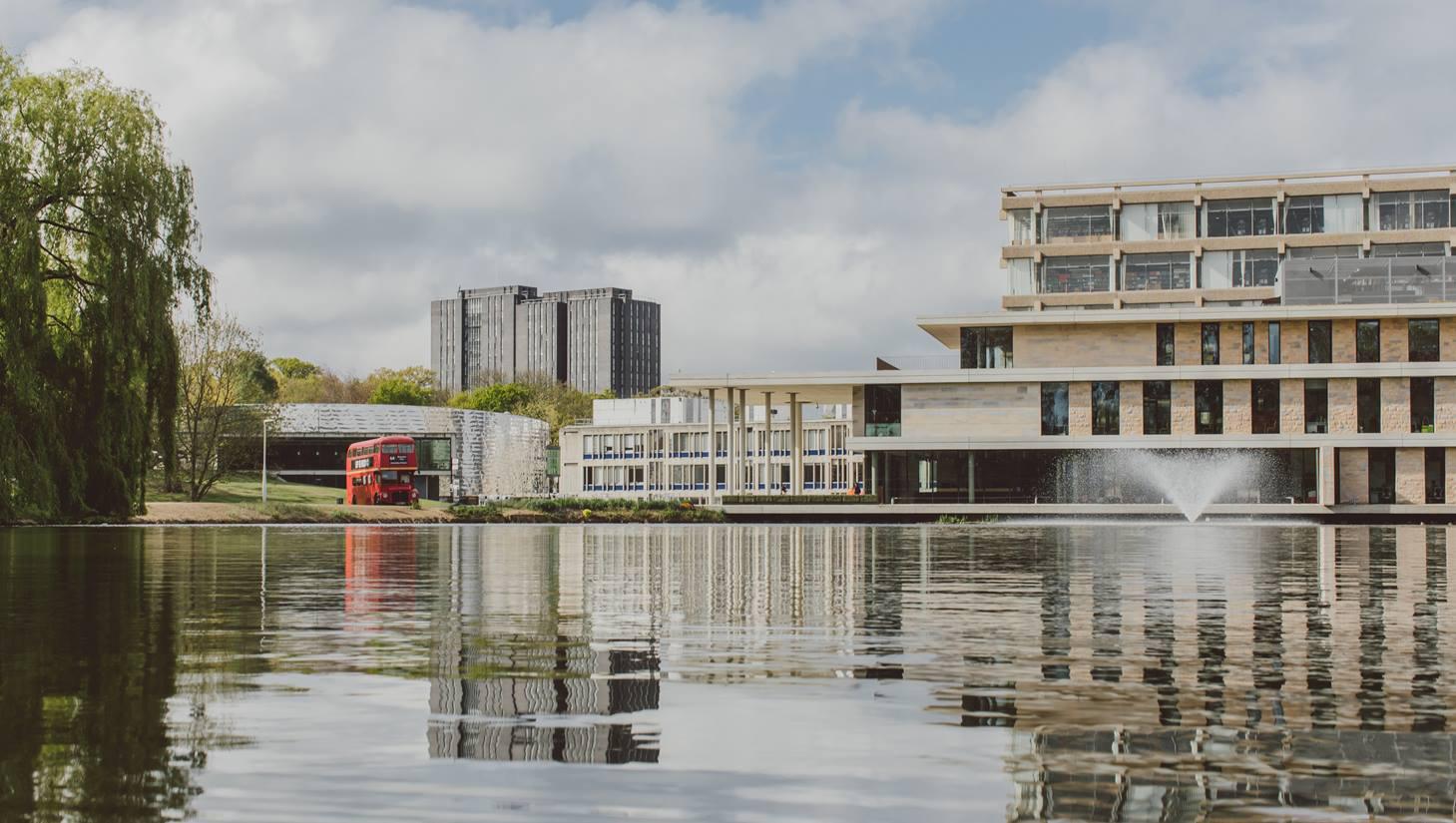 Just recently, as in a few days ago, I was catching up with an old friend of mine, Hannah Dosch. For those who are reading this article and have no idea who this person is and wondering why you should care as to who she is, well, let me give you a quick and easy rundown of who she was on Bethany’s campus. So, here’s the thing: Hannah Dosch was, if anything, the poster child of the English Department, Inkwell, Sigma Tau Delta (go STD!), and of course, she was also in charge of the Scholastic Leadership Society. That being said, she was the heavyweight champion of extracurriculars, and only a few people on this campus could ever hold a candle to her. Even so, her time at Bethany came to a close this past Spring and she left. You’re probably still asking: Ummm, ok…why should I care? Well, I didn’t tell you where she went, now did I? Ha! I, in my silly-little opinion, believe that most people have at least two options when it comes to plans after graduation: you can either stay in Mankato or go somewhere else in America. Hannah, on the other hand, and you better buckle up for this, she went to England. That’s right, the land of tea, beans on toast, and of course, haunted castles. Minus all of those astonishing marvels of the Island, Hannah and I had a focused and detailed interview. Hannah gave me a general update on her life, described her transition from America to England, and, lastly, she told me about the differences between the University of Essex and Bethany Lutheran College (turns out they are vastly different, who would have guessed!).

So, in regards to a general update, Hannah is surviving and staying healthy. At this point, she’s been living and adjusting to Colchester, England, and let me just say that this place is gorgeous. If you were to do a quick google search on Colchester, you would see, in my humble opinion, an idyllic fairytale town. The landscape consists of old-world relics of forgotten forts, wide and alluring bodies of water that have eye-pleasing rock formations around them, and sprawling-bustling cityscape. I see the reason why Hannah chose to move there, it blows Mankato out of the water. Aside from the picturesque characteristics of Colchester, this town is also the home of the University of Essex. The university offers a graduate program in English, and what an odd coincidence, it just so happens that Hannah is a part of said program. Her dissertation is focusing on the issue of censorship, and that is simply amazing. She has done extensive research on this topic, for example, her senior thesis, “When I Watch the World Burn All I Think About is You: Dangers of Censorship in Modern Society as Exemplified in ‘F451’”, goes into the social-political history of different forms of censorship. Hannah now plans on getting a deeper and broader view of this topic from England’s perspective and how censorship is dealt with there. From what she told me, it sounds like her topic will cover issues regarding critical race theory and LGBTQ+ literature, in the sense that these are the topics that are being censored in England. She’s also learning the ropes of how to write a Master’s Degree dissertation, and let me tell you, it sounds very tedious and stressful, so I don’t envy her at all. However, she has a great number of resources at her disposal via the university’s library, The Albert Sloman Library. Just as a side note, this library is massive, it has seven levels which in total contain roughly about 34,000 plus books…so, it’s a bit bigger than Memorial Library. Overall, Hannah’s doing great and she’s adjusting well, yet, her transition from America to England was an experience.

The landscape consists of old-world relics of forgotten forts, wide and alluring bodies of water that have eye-pleasing rock formations around them, and sprawling-bustling cityscape. I see the reason why Hannah chose to move there, it blows Mankato out of the water.

Hannah’s transition to England was rather smooth, but of course, she is a stranger in a strange land. She’s over 4,000 miles away from her home state of South Dakota, and she’s still adjusting to her new life abroad. However, she made it a point to tell me that it isn’t too bad because she did her research, and I couldn’t agree more. Hannah explained to me that she researched a handful of different universities in England. Even with her extensive research Hannah still experienced a sharp sense of culture shock. For example, Hannah explained to me that in the UK one of the more common sayings/greetings is “are you alright?” which essentially means “how’s your day?” I can only imagine how off-putting this would be if you didn’t understand this phrase. Just imagine someone asking you this question and you gave them a rather emotional answer and in reality, they just said it as a greeting; I would scream into the void for all eternity. In addition to this, Hannah also told me that in England the people are more reserved which then creates this clash of social dynamics for her. By that, I mean Americans, from what Hannah told me, are seen as over-the-top extroverts who make their presence known. As an American, I agree with that observation because I know I’m loud, so it kinda makes sense. Another thing, and this, by far, is one of the most shocking and heartbreaking things that Hannah told me about England, their coffee is awful, they have no traditional creamer, they add either milk or sugar, or just drink it black. Truly a dark day in the world. Even though I am not a coffee person, I just can’t imagine not having International Delight to go with my coffee, and it’s going to be a cold day in Hell before I drink my coffee black, cultural differences be damned!

She’s also learning the ropes of how to write a Master’s Degree dissertation, and let me tell you, it sounds very tedious and stressful, so I don’t envy her at all.

Speaking of which, Hannah enlightened me about the school system, well, I should say the university system in England. You might want to sit down and prepare for what I’m about to tell you because over there, at least on her campus, there are bars! It doesn’t stop there either, apparently, some of the professors occasionally serve drinks at these bars. I was flabbergasted while also amused. I mean, just imagine you’re at the bars downtown (if you’re 21 years old or older, right Vikings…) and you see one of your professors giving out drinks. It would be such an odd sense of uneasiness due to boundaries being crossed. I truly cannot get my mind around that fact. Another massive difference between the University of Essex and Bethany Lutheran College is the population size, but to be honest it’s understandable. Essex is a rather large public university while BLC is a small midwestern college in the middle of nowhere. Roughly there are about 18,000 students on that campus and you might think that this means there’s a lower sense of community in comparison to Bethany. Well, you’re wrong, sorry I don’t make the rules. Hannah told me about their campus-wide student organization called The TRIBE (you should follow their Instagram, @essextribe). Quite frankly, it’s awesome. As I scrolled through their Instagram page, Hannah was explaining to me how this organization’s main goals are to create a closer community on campus and then shift that towards sports. Essentially they want to create a unified and powerful student section at sporting events, and from what I’ve been told and seen on their Instagram they’re doing a fantastic job. Now, one of the more serious topics that Hannah brought to my attention was the fact that at her university, you’re on your own. The professors are there to help you, of course, but with such a massive student body and intense workload, the professors don’t have the time to hold your hand. Despite this fact, Hannah’s doing well in her school work and she told me that she feels as if her years at Bethany truly did give her an advantage in the sense that she wasn’t dependent on her professors and she’s a dedicated student.

This interview with Hannah was truly a blast to have. I think everyone can understand that feeling of warmth when you catch up with an old friend and see how they’re doing, and in Hannah’s case, she’s doing fantastic. Even though she is missing Dukin’ Donuts and adjusting to her new life abroad with whatever challenges life may throw at her. Overall, Hannah Dosch is surviving, slaying, and just being herself.