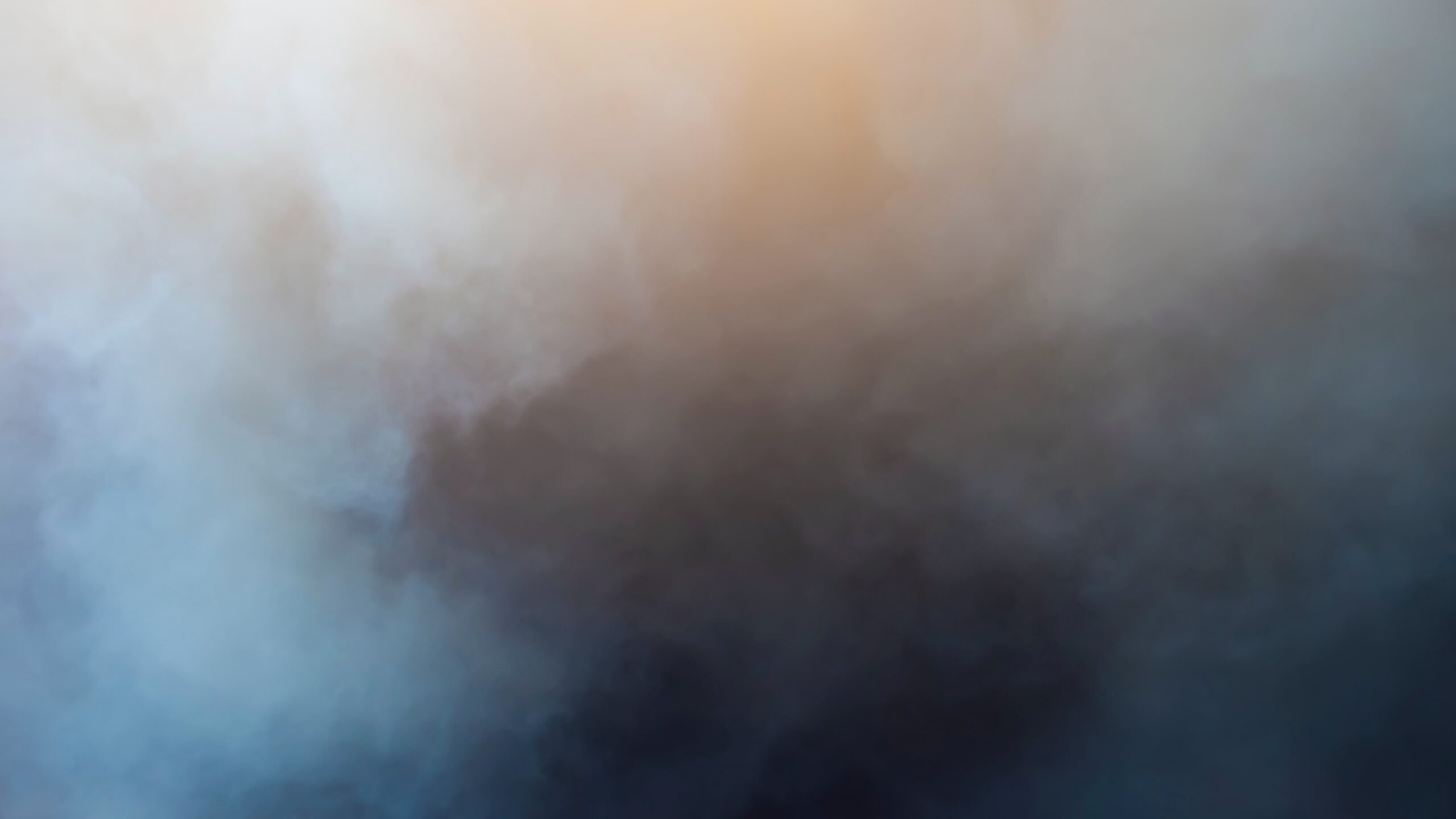 Memorial Library recently hosted a book club session featuring The Book Thief. After attending and having an interesting conversation about the unique omniscient narrator in this story, I was reminded of a paper I wrote for College Writing I. In this piece, I was supposed to critique a novel of my choice. I chose Zusak’s book, because of its incredible detail and devastating storyline.

Imagine Death as a person. Instead of our lives simply coming to a close, an embodied person delivers our souls to the afterlife. In 2005, Markus Zusak helped Death tell a story through his novel The Book Thief. Zusak explains how a German girl’s life was woven into the history of World War II and how she and Death had several encounters. Liesel, once deprived of words and their power, learned how to use them and coveted them so strongly that she turned to thievery. With his immersive and detailed storyline, his personification of Death, and employment of Death’s stream of consciousness, Zusak created a beautiful novel that shows life in the eyes of Death.

Through the memories and stories of Death and a young German girl, Zusak created a storyline that draws in and captures readers. Death explained at the beginning of the novel that, in his line of work, he was discouraged from making connections with people. However, little Liesel Meminger stole his attention instantly. She saw things differently than most of the people he had observed. Liesel and her little brother were on their way to their foster parents’ home when she and Death first met. Her brother developed a cough, and Death took his soul in his sleep. The burial of her brother was the first instance of Liesel’s thievery. A small book fell out of the pocket of a gravedigger, and, though she couldn’t read or write, Liesel took it. “It didn’t really matter what the book was about. It was what it meant that was more important” (Zusak 38). Her illiteracy caused problems in her new town. She was moved from her class with her new friend, Rudy, and fought people that ridiculed her. Her foster dad, Hans Hubermann, taught her at home and at her own pace. This individualized education is what sparked her love for words. She loved reading books, and she loved learning new words with her Papa. However, her foster parents had little income and couldn’t afford to buy books for Liesel. Her longing for new words to read drove her to steal from a pile of burning books on Hitler’s birthday. She didn’t go unnoticed. After watching Liesel smuggle a smoldering book, Ilsa Herman welcomed her into the mayor’s mansion. Liesel was able to visit often because her Mama did the mayor’s laundry every week. Liesel couldn’t believe the number of books they had in their collection.

One night, a young, skinny man appeared unannounced at Liesel’s house. A long and serious conversation with her Papa revealed that the Hubermanns were planning to hide and protect a Jew named Max. He and Liesel bonded over their love for words. She described the outside world to him, and he told her stories. As the war progressed, money dwindled, and work for Liesel’s mother ceased. Liesel was enraged that the Hermans ended business and decided to steal books from them. Later, Mrs. Herman would leave Liesel a dictionary with a note saying that she knew of Liesel’s actions. Her various collections of stories would be able to provide comfort to a number of scared and restless people as air raids began to terrorize the town of Molching. One of the most terrifying nights for the town of Molching was the night of the air raids. When all of the citizens went underground in the bunkers, Max had to stay hidden in the basement of the Hubermann’s house, alone. Liesel took her various collection of stories and read them to the scared and restless people in the shelter.

After the air raids, the tension in Germany grew. Hans and Rosa Hubermann feared that Max would be discovered, so he fled. Along with the increased intensity came the increased need for soldiers. An officer recruited Rudy, but his father refused. The next day, both Rudy’s father and Liesel’s Papa were drafted into the war. A fateful broken leg sent Hans home to recover, free from the threat of combat. Another night, Liesel was up late writing in a notebook that the mayor’s wife gifted to her. That same night- unannounced and unexpected, the town of Molching was bombed. The wreckage was most devastating in Liesel’s neighborhood. Rescuers pulled her body from the heap of rubble, and, to her dismay, Hans, Rosa, and Rudy’s lifeless bodies were among the dead. The Hermans took Liesel into their home. After the war, Max was liberated from the concentration camp and returned to find Liesel in Molching. “They hugged and cried and fell to the floor” (Zusak 548). The final act of thievery in this story wasn’t committed by the repeat offender. Years later, after Death had taken Liesel, he revealed that he had taken the story she was writing on the night her neighborhood was bombed. It’s only fitting that it was named The Book Thief.

Zusak created a beautiful story by ironically giving life to Death and giving it the freedom to move and think. Because of Zusak’s use of personification, Death became more than an occurrence. Death was an invisible being. He went about his line of work with solemnity and diligence. Because of this, readers connect more to Death and make it a vital character in the story. The use of a person in place of Death creates a more in-depth story and a more explicit representation of what Death’s opinion is. In World War II, Death was always there- always working. Though he didn’t enjoy his job, he didn’t hate it, either. He was merely the guide of souls. Liesel just happened to witness many of Death’s tragic works throughout her life. Another advantage of personifying Death is that the author could allow Death to feel compassion. After the destructive bombing of Molching, Death recalled how he felt about young Rudy Steiner. “He does something to me, that boy. Every time. It’s his only detriment. He steps on my heart. He makes me cry” (Zusak 531). Compassion causes readers to empathize with Death. They can see that lives do have meaning. Without the personification of Death, there would be no telling that he felt remorse, making the tragedies of the story much more heart-wrenching and harder to swallow.

Death not only narrates the account but also provides his stream of consciousness to make this story even more unique. Since we have this, we have more insight into how Death deciphers things. Throughout the tale, Death gives translations of German words, backgrounds of new characters, and his thoughts on events that occurred. Because we have his thoughts, we can see how Death viewed and understood the events that happened around him. Zusak also posed a compelling question: what does Death think of life? At the beginning of the story, Death explains how he sees colors. Every time a person dies, the sky is a different color. Death says that “a single hour can consist of thousands of different colors. Waxy yellows, cloud-spat blues. Murky darknesses. In my line of work, I make it a point to notice them.” Death asks the reader to reflect on what color the sky might be at their own death. Hearing from Death while reading Liesel’s story helps readers accept what happened. The reality for people that lived during WWII was Death being an acquaintance, a commoner. Without the perspective and commentary that Death provides, this story would fail to be as exciting or stirring as it is.

In this novel, Zusak brilliantly describes people and objects with a child’s honesty and an artist’s vibrance. His depiction of life in Nazi Germany is so detailed and believable that Liesel Meminger’s account could be in history books. Zusak expertly personified Death and gave it a body and a mind. He let Death state his opinions and perspectives throughout Liesel’s story. Because he allowed Death to steer, Zusak created an account in which vivid life collides with its grim ending. Whether you are looking for a historically-accurate tale or a unique narrative from an unlikely storyteller, The Book Thief is a read that I recommend greatly.