The Seat of All Our Souls: Lenten Reflections on Poetry and Penitence by Davis Smith 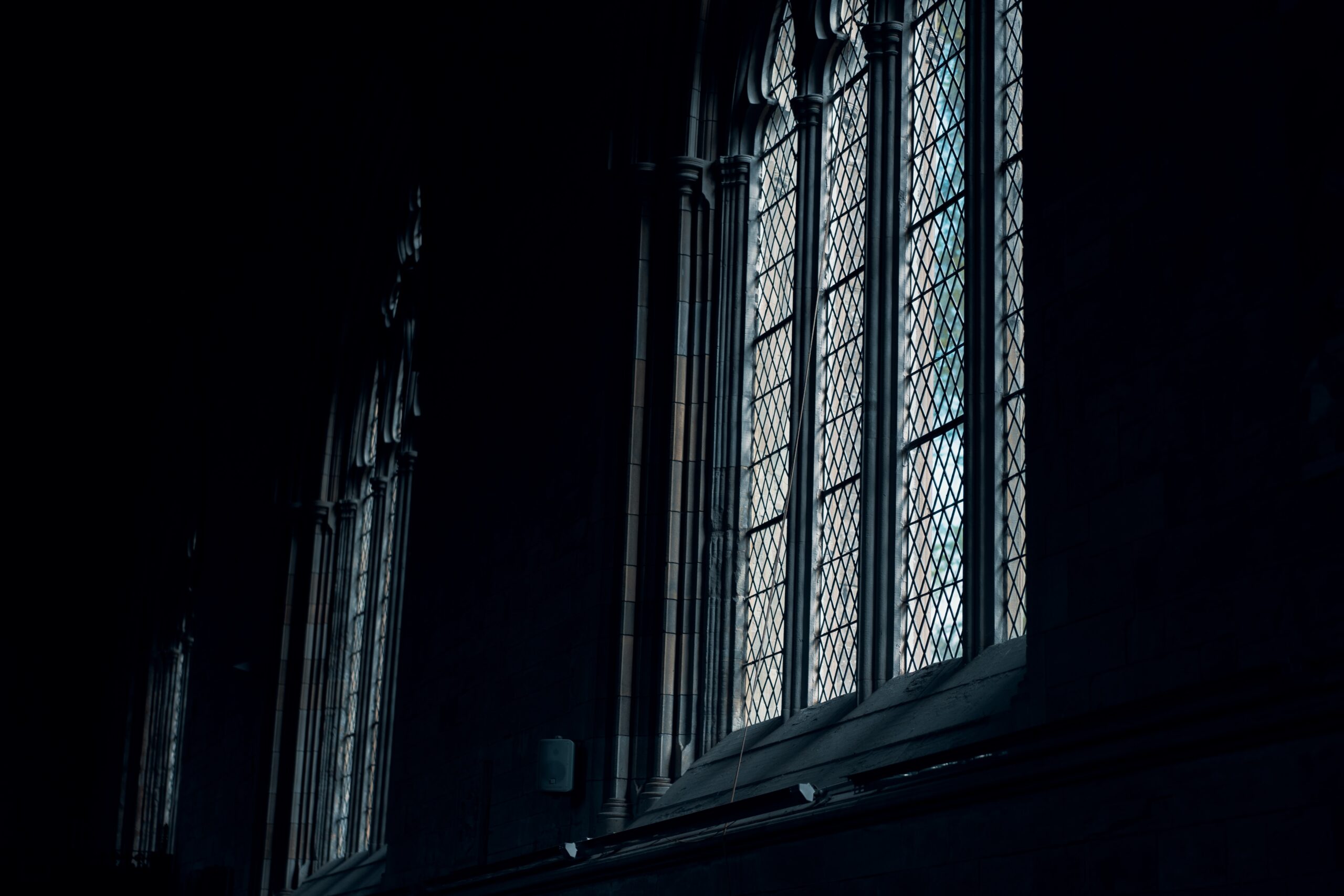 This is the time of year for reflection. The sun-soaked, breeze-cooled April evenings are punctured with carilloning birds and the scent of burgeoning lilacs. These expectant days, teetering on the verge of tulips and triumph, always seemed ideal for meditation on renewal and redemption. The world becomes a theater before our eyes, transforming itself into a much livelier, more genial, and more welcoming place than it has been for quite some time. Rejuvenating rain showers sweep through to paint the grass its proper color. The school year draws to a close, and we pray that the soil of our souls may become as fertile as that of the land, poised to bear lush foliage of joy and wonder. T.S. Eliot, at the start of his great modern poem The Waste Land, opined that “April is the cruellest month…mixing memory with desire.” Though I disagree that this particular combination of qualities is “cruel,” there is something to be said about how springtime incites remembrance of a full-bloom world that we have not witnessed for more than a half-year, along with the corresponding desire for personal reform that stems from the drastic reforms of nature.

Yet paradoxically, this is also the time to embark upon a multifaceted journey that requires extended lingering in realms of darkness and pain. This is the incomparable experience of Lent, a season that, even from my childhood, has always instilled in me a deep reverence for the presence of God and the mysteries of the human experience. As my understanding has deepened, the season still seeps into me with the same indescribable aura and challenges me to peer with a sharper eye into the core of my being and the faith that nourishes it with daily bread. “Childlike faith” is so often emphasized that it is all too easy to forget that we are also called by Paul to “put the ways of childhood behind [us]” (1 Corinthians 13:11). A litany of beautiful paradoxes sits at the heart of Christianity, and Lent places great stress on embracing both the “childlike” and “adult” aspects of Christ’s call to us. Just as we react like awestruck children at the marvels of spring and at the message of the Gospel, we ripen in maturity by traveling the Via Dolorosa along with the Lamb of God and experiencing, along with Him, all the tragedies and ecstasies of our condition, knowing all the while that He redeems our suffering just as the earth is redeemed every April. We trust like babes, weep like mourners, and prepare ourselves to exalt with angels.

“We mingle our tears with streams of living water, and our cries for mercy with songs of gladness.”

Like slowly turning over a diamond under a lamp to reveal all of its pristine nuances, every day during Lent I try to take some time to ponder this statement: We are responsible for the shattered state that nailed Christ to the cross, but we are also the beneficiaries of the work which He accomplished there. This is an unfathomable statement, one that must be internalized through speechless awe, tearful remorse, open-eyed marvel, closed-eyed contemplation, and horizon-stretching hope. Life is complex, and though the truths of sin, forgiveness, and heavenly hope may be grasped by anyone, these truths as lived through the variegated edifice of authentic experience manifest themselves in diverse fashion. We mingle our tears with streams of living water, and our cries for mercy with songs of gladness. Lent is the time when daily vicissitudes are magnified through the purposeful routines of liturgy, ritual, prayer, and petition. We pause to dwell upon our state, taking Plato’s advice that “the unexamined life is not worth living,” but finding reprieve from the arduous rigors of self-examination through the salve of grace that heals our wounds through shed blood. Through the forty days of Lent, the drama of salvation plays out against a canvas of blossoming lilacs, rills of snowmelt, and the liquid sonorities of chickadee calls; all fighting but inevitably succeeding in manifesting themselves over the last stubborn dregs remaining in winter’s cup. What better analogy for the breaking forth of new life in the soul?

This Lent, I am keeping the season not only by immersing myself in the Word, but by spending time with great artists who have expressed the Lenten spirit through the vital force of the Christian imagination. One of these artists is seventeenth-century poet and minister John Donne, a contemporary of Shakespeare who I count among my favorite writers of all time. Donne’s poetry on sacred themes, which was often criticized at the time for its use of natural speech inflections rather than stylized poetic rhythms, is studded with startlingly rich imagery that sometimes requires historical context in order to fully appreciate. But anyone can understand the achingly authentic utterances of doubt, longing, and ardor that fill Donne’s prayerful entreaties. His theological imagination was unbounded, consistently finding fresh ways to illustrate the most holy and eternal truths. “Good Friday, 1613, Riding Westward” is one of his most wondrous and accessible poems. It is a miniature narrative describing Donne’s personal pilgrimage to the cross, ideal for the ruminative Lenten spirit. The poem begins in a calm, discursive mode in the manner of a mathematical proof as Donne sets up his thematic framework: “Let man’s soul be a sphere, and then in this/The intelligence that moves, devotion is…” Donne immediately jumps to the most cosmic reference frame, comparing the soul to a revolving planet which needs a “jolt” to be restored to its natural harmony. When “our souls admit/For their first mover, [they] are whirled by it”—just as planets are thrown off their orbit by the influence of outside objects, we are re-aligned and re-focused when touched by primal grace.

Moved by this force, Donne envisions himself being transported to the moment of Christ’s death and makes a sly pun on “sun” and “Son.”  He then meditates on the panoply of paradoxes that comprise Christianity and which rise to a climax on Good Friday. “Who sees God’s face, that is self life, must die:/What a death were it then to see God die! It made his own lieutenant, Nature, shrink…” In the Old Testament, anyone who looked directly on the face of God was not allowed to live; now, the Holy of Holies Himself must die, and this is the supreme violation of the laws of nature. “Could I behold those hands which span the poles/And tune all spheres at once; pierced with those holes?” The “blood which is/The seat of all our souls,” the foundation of being itself, is poured out for our nourishment. One major goal of Lent is to adopt every possible method of absorbing an overwhelming and even terrifying truth—God died for us. Before it soothes us with the Gospel, this reality often wallops us with the full sting of the Law, convicting us that we are solely responsible for this monstrous degradation. Thus, in an unforgettable image, Donne’s poetic persona makes eye contact with the dying Savior, causing Donne to “turn [his] back to thee but to receive/Corrections, till thy mercies bid me leave.” He submits himself to God’s will, knowing full well that he deserves this same punishment. In the poem’s closing lines, he exhorts Christ to “Burn off my rusts, and my deformity;/Restore thine image, so much, by thy grace,/That thou mayest know me, and I’ll turn my face.” This language is reminiscent of the “purifying fire” to which the prophets compared God’s mercy. Through subjection to the cleansing might of His blood, the marred image of God is renovated in us, equipping us to live in peace under the shadow of His wings and look forward to the day after death when we will know God just as well as He knows us, and we can finally turn our face to Him without shame.

“Good Friday” is a distilled encapsulation of the entire poem of life for the believer. We live in discontented stasis until the Holy Spirit deals a blow to our hearts and sweeps us to the cross. Marveling at the paradoxes of divine love, we become ashamed of our transgressions and surrender ourselves to Christ to shape us into His image. After a life lived under His restorative care, we will join Him at the feast of paradise. This poem, like Lent itself, causes me to consider all the beautiful wonders of the faith that I profess, and urges me to adopt intensely personal responses to universal, objective truth. It solidifies and expands upon the unspeakable realities of the Gospel. It affirms the worth of sorrow, penitence, and melancholy even while declaring with iron certainty that these will never have the final word. This year, as spring shoots forth (or, more accurately right now, simmers tantalizingly under the frozen surface), enter into the Lenten atmosphere. Receive the miraculous grace which flows from Christ’s bleeding hands and carves canyons of hope in our souls.

Below, I offer an original sonnet in which I attempt to capture some of these truths. As someone who struggles with the strict demands of poetic form, I found the process of composing this sonnet according to the uncompromising rules of the Petrarchan stanza to be an apt parallel to the Lenten objective of marrying devotional discipline with expressive, personalized worship. I cannot say that I find sonnet writing to be an easy pastime, but Lent is a season for overstepping one’s comfort zone. I unabashedly acknowledge my debt to Donne and admit that I plucked a couple of thoughts from his work; images too lovely not to re-use.

To see the world in all its blankness die,

and fecund fragrance round the landscape shoot,

I seek the stream of sapphire beaming nigh,

Our cracked lips once cried for a draught of truth;

sin-spun spheres that we are, we raised our suit,

now settled with a crimson-printed tie.