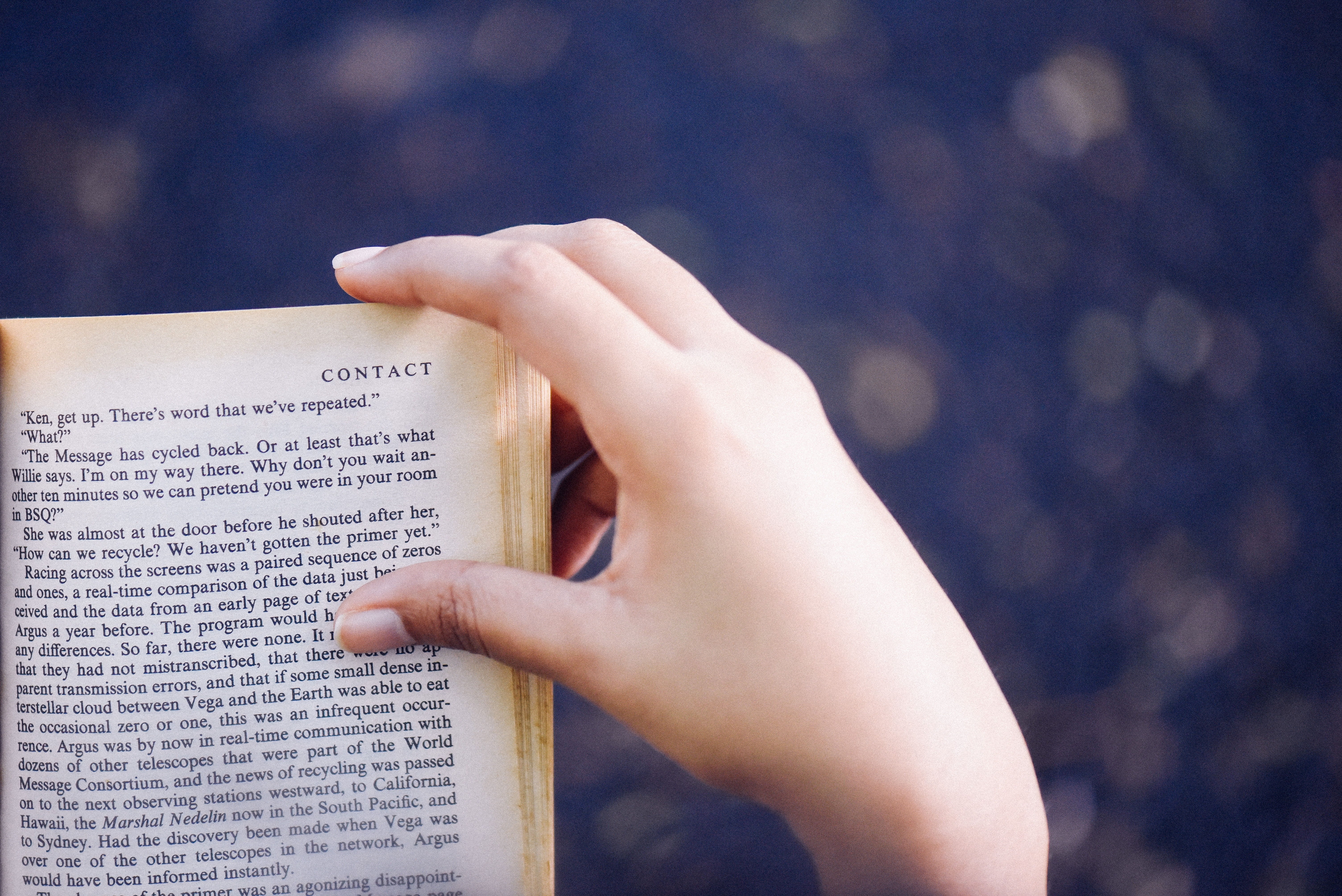 When I first entered the cozy classroom of my Literature Studies course as a freshman in college, I thought I had already mastered the art of reading. I had read about Shakespeare’s love birds and men costumed as women, Dickens’s snowy streets and his bloodied guillotine, and Stephen King’s lifeless corpses and his shadowy seemingly-immortal Randall Flagg. I had been an avid reader since middle school and had a giant bookshelf in my room that was so stuffed that each book had to be punched in between its neighbors. I understood what each book told me, the moral of the story, the message behind it all. Or so I thought.

That class started to teach me how to truly read, and it was thrilling. Three times a week, I would sit in the front row in rapt attention. It was like I had only ever been reading chapter titles. The professor and students there knew how to see the invisible words behind the story. They not only saw the characters, setting, and the events, but they also found symbolism and meaning reinforcing the characters, their ideologies, the abstract concepts explained through hints and trinkets placed throughout the story. I learned this most from Mary Shelley’s Frankenstein. I saw the lightning striking a tree, Victor and his madness, the dead children, the Monster’s candied words, the snow-topped mountains. But I read deeper. I compared Victor to both God and Adam from the creation story. I saw how the snow could represent the blank slate of the Monster’s mind when he was created. I could not believe this whole world was created by such a young Mary Shelley. These books didn’t just open a new world, but also a new way of life and different culture. It seemed great authors never took any one word for granted. Each had its own purpose and place. I was ready to dive in deeper.

But I was and still am a novice at this newfound reading. About a year later in my Modern European Literature course, we read a piece by Rousseau that was deeply enveloped in philosophy and the concept of natural law. I had a hard time understanding the main point of the work because I couldn’t imagine the concept in concrete terms. When we discussed it in class, my input fell flat and felt menial compared to everyone else’s. My professor tried to tie in my comments, but they didn’t belong in the discussion. Meanwhile, the student next to me was pointing to involved concepts and using sharp examples. My face reddened, and I wanted to bolt out of the classroom. I felt inferior and like I didn’t belong because I couldn’t make any sense of what was being discussed. And when I finally did latch onto an idea, my comment was met with blank stares. My professor gave a little awkward clearing of the throat, and the class continued the previous discussion. In that moment, no one could have convinced me there was a worst feeling on earth. I could not sense the invisible words. They hung in the air, just out of my reach. They taunted me, as they knew that I was blind to them while the others saw.

Learning to comprehend on a deeper level is difficult. Throughout that course, I often agonized over complex analogies and yelled in frustration when I was slow to pick up ideas. I’d go over a given reading dozens of times, seeming to comprehend no more than at the last reading. It took me hours to do things others can do in a half an hour. But I kept trying, and trying, and trying.

That trying—it was imperceptible to me at first, but I gradually came to realize that I was improving. A few of my comments in class were well received. I began to see concepts I’d previously had a hard time following. I was catching a glimpse, a peephole into the world of invisible words.

And I was learning things. I learned that each person’s unique experiences influence how they understand what they read and how they respond. People are born into vastly different situations and cultures. They follow their interests to gain experiences. I’ve learned to be more aware of what I like to learn and what I am fascinated by, and in those situations, I dive head first, unable to contain my excitement. Then I can use what I’ve learned from the fun things and apply them to the harder concepts I read.

I have learned that practice is essential. When you’re already fairly good at something, it’s easy to be confused when you don’t get better after doing it only a couple times. I was that way with reading. But time and effort lead to success. An author is not a good writer because of a moment of inspiration, but years of writing every day creates opportunities for that inspiration. A taxonomer can’t identify a bird winging past him without a daily observance of wildlife. A instrumentalist cannot gain mastery over their instruments without hours of sight reading and repetition. It takes years of practice to gain proficiency in most anything. I learned I needed to be patient and to read and think about the invisible words every day, to grow accustomed to how they move and spin around me, to catch them and keep them in a firefly jar. It is tedious, but it is that tediousness that helps me in the long run, that persistent drive to finally grasp the elusive invisible words and release my frustration.

I understand now that coping with this frustration is a lifetime struggle. Sometimes I just will not be able to understand and will let negative emotions take over, my perspective focused on my own faults as a person, how I’m not good enough or smart enough to understand what others do. These days are unavoidable. But on those days, I try to remember that the reason I don’t get something is not because I am less intelligent than other people. My mind just works in its own unique way.

I must take on the task of broadening my mind, a journey that lasts a lifetime, demanding patience, practice, and persistence, because that struggling will lead me to rich rewards that will benefit me for the rest of my life. My struggle to understand will widen my perspective, heighten my creativity, give me more experience, set up more connections in my mind. It can help me discover a more concrete identity, a more confident and purer me. Whatever I struggle with in life, whatever frustrates and belittles me, I know that when I conquer it, I will gain better ideas, newer goals, and the right to be proud of myself for learning what I set out to learn.