One Professor’s Story of Publishing in Academia By Dr. Robert Hanna 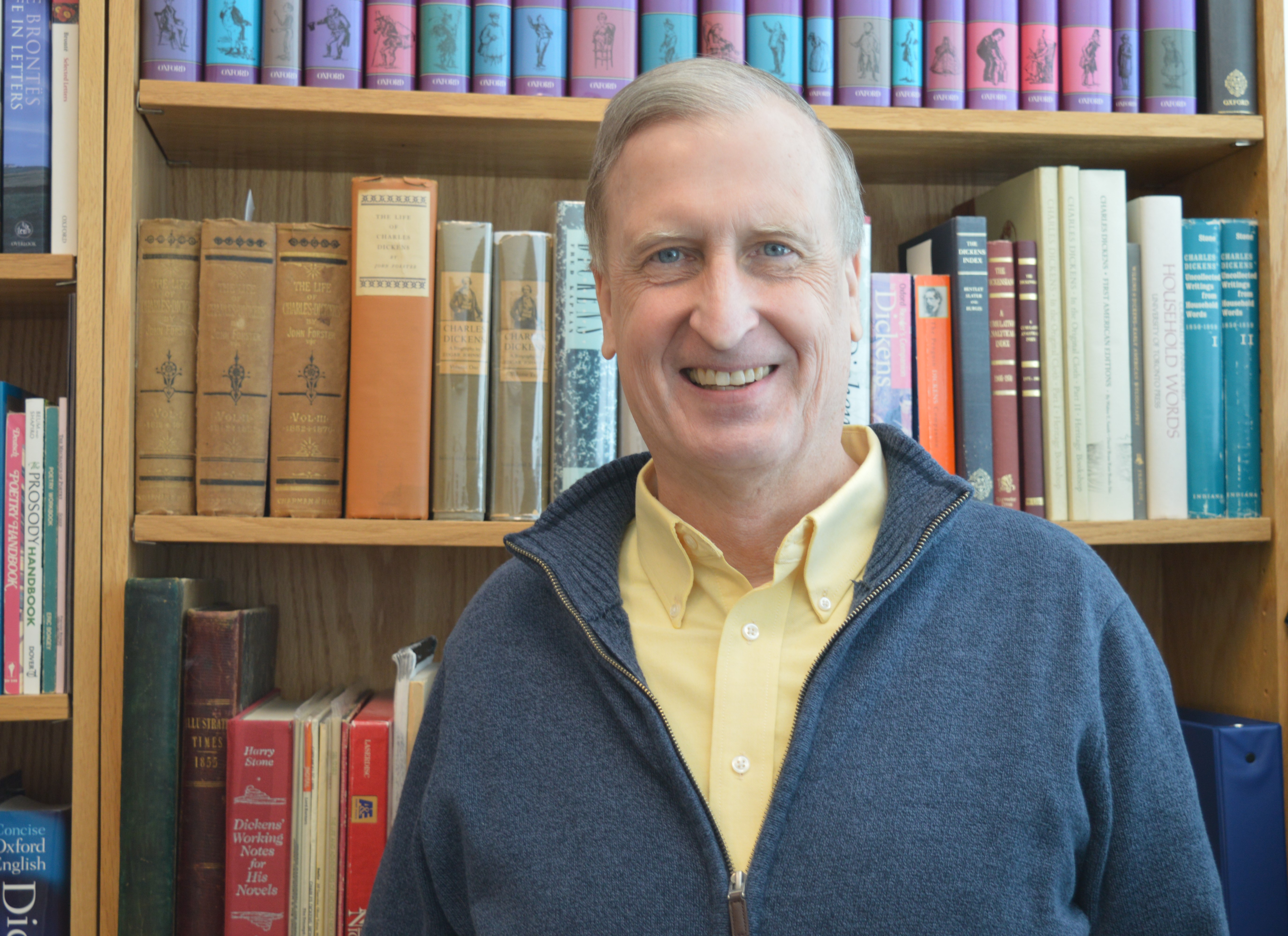 When I was asked by The Well to reflect on my experiences as a published author, the timing of the request was quite interesting.  The immediately preceding e-mail letter in my in-box was an editor’s acceptance letter and contract for a two-part article that I researched and wrote during this past Christmas break.  I signed and returned the contract first.  Then I accepted the invitation from The Well.

Although I was not asked to respond to a particular question, it seemed to me that I was being asked a question something like “How did you first become interested in submitting anything for publication?”  It is prudent to limit responses to questions that one can actually answer, and I can answer this one.

I am now about the age of one of my own English college professors when he asked me to remain after class.  I quickly determined that our pending meeting would be either good or bad.  He proceeded with returning all the students’ graded papers, after which I placed the meeting in the good category.

My professor told me that my paper was of “publishable quality”—I have his phrase memorized—and he wanted to know if I would like his advice on how to find a publisher.  I did, and we made an appointment for the following day.

He explained academia’s publishing process in general, and then he addressed how to achieve the highest likelihood of having my paper in particular be accepted for publication in an academic journal.  He wrote down a list of journals that I should review for content similar to mine, cited works, authors’ credentials, article lengths, and actual submission requirements.

I spent many hours in the college library, familiarizing myself with journals new to me. Eventually I selected three that looked most likely to consider publishing an article submitted by a student.  I also rewrote my paper’s introduction in the manner of several articles that I thought were comparable to mine (but on entirely different topics).  And, I wrote my first abstract to accompany my paper.

Months went by with no acknowledgement that my article had even been received.  My professor said not to mail a follow-up inquiry for at least another month.  In two weeks, I received a letter of acceptance from the editor, along with a contract for publication in Illinois Schools Journal.

When I shared my good news with my professor, he wasn’t surprised by the acceptance.  What surprised him was the absence of required revisions.  He congratulated me and asked me to send him a copy once I was published.  And, he told me that my paper would be published in a few years, because this journal always had a large backlog of previously accepted articles to publish.

To speed up the process of mailing a manuscript for a book, waiting months for a decision, and then mailing it to another publisher when rejected, I experimented with a shortcut.  I familiarized myself with publishers just as I had familiarized myself with journals.  Then, I began phoning the smaller publishers, in order to introduce myself as the editor of excerpts from Charles Dickens, with an offer to send the manuscript if desired.  My fifth such call was answered directly by the editor.  The “from Charles Dickens” part of my introduction immediately captured the editor’s interest.  A thirty minute phone conversation began a process that ended with my first published book, The Dickens Family Gospel, consisting of my dissertation’s fourth chapter and new content.

For several years, my book was available in Christian bookstores throughout the country.  What isn’t generally known, however, is the arrangement my editor made with Gerald Charles Dickens, the great-great-grandson of Charles Dickens. He agreed to sell copies during his American engagements to read aloud from A Christmas Carol.  The magazine British Heritage interviewed him, published an article about his readings, and featured a photograph of him sitting at a table with copies of my book on the table.

I have not yet run out of ideas for articles and books, because I continue reading, researching, and writing for the numerous courses that I have taught throughout my career.  Invariably, I come across something unrelated to the focus of my courses, but which could prove to be the basis for another article or part of a book.

Sometimes an article results from unusual circumstances.  A professor in a required course for my EdS degree assigned an analysis of two different methods for teaching writing.  I selected the classroom experiment option for this assignment, because I was already teaching high school students.  As part of my formative evaluation, I needed an in-class writing sample from each student.  I assigned a standard five paragraph paper as the easiest for students to write (with some interesting writing prompts), while being the least time-consuming option.

One student immediately complained that no one actually writes and publishes five paragraph papers.  This was sufficient to set off most of the other students in agreement.  I was prepared.  I gave the rationale for improving writing within this format, and I gave the rationale for when an author would, in fact, need this particular length of paper.

It just so happened that I had nearly completed a short paper for possible publication. A journal had issued a call for papers on a particular topic for the next issue.  I told my students that by the following weekend, I would submit my own five paragraph paper for publication.  Should the article be published, I would give each one of them a copy.

I was completely surprised when my article appeared in the next issue.  The journal had never replied to my submission, and I certainly never received a proof copy of my article to approve prior to publication.  The journal’s issue simply arrived in my mailbox, with a complimentary second copy.  I quickly ordered more copies for all of my students.  The previously vocal students were rather quiet when I had them turn to page 72.  The article is titled “A Boarding School Perspective on a Teacher’s Home Life,” and it is found in the Spring 1989 issue of Kappa Delta Pi Record.

Another time, I was transcribing the contents of a Victorian girl’s unpublished album in Princeton University’s Rare Books and Special Collections, noteworthy for containing a poem composed by Dickens.  Also noteworthy was an unsigned poem written in a foreign language.  I determined the language to be Welsh and attempted to translate it with the sole use of a Welsh-English dictionary.  I was utterly baffled by one word and one phrase.

I sent an e-mail inquiry to a Professor of Welsh at the University of Wales, and I received a kind and exceptionally helpful reply.  He explained why anyone who is not fluent in Welsh would be unable to achieve an accurate translation using only a dictionary.  He explained each grammatical construction that confused me, and he provided the necessary English wording.   He also asked me to write an article for Llên Cymru, with details about the girl, her family, her album, the family’s connection with Dickens, and a photograph of the poem.  He hoped that a reader would either recognize the handwriting or provide information about the author, because, he said, there were few people in London in 1834 who could read and write Welsh. My article would be accepted for publication, because he was the journal’s editor.

I wrote the requested article and submitted it electronically.   The editor then translated my article into Welsh.  He graciously sent me the proof copy prior to publication, but all that I could proofread were numbers and the spelling of names.  If you would like to read an article that the article’s author can’t read, request through interlibrary loan services “Bardd Cymraeg Anhysbys Ymhlith Cydnabod Charles Dickens a Thomas Beard yn 1834” in the 2007 issue.

Throughout my teaching career, many of my students have been interested in pursuing publication themselves.  I have had opportunities to share some of my experiences, but I have never collected and recorded these experiences.  This is why I enthusiastically accepted the invitation to prepare such commentary for The Well.

The following are excerpts from a few of Dr. Hanna’s publications:

There was a time when you could walk into almost any American school and find a mission statement prominently displayed.  Based on timeless ideas and values concerning the proper upbringing of children, each statement was carefully and lovingly crafted with the care of an artisan and was meant to last for generations.  Each was meant to speak to all of us, regardless of our individual differences.  But somewhere along the way, we stopped listening.

—From “The Hillsdale Academy: A Model for America” in the June 1997 issue of Imprimis.

Charles Dickens began his writing career when some of his short literary “sketches” were accepted for inclusion in popular journals.  Although he later founded and contributed to his own journal, he still occasionally wrote articles for publication elsewhere.  On the occasion of the death of fellow novelist William Makepeace Thackeray, Dickens contributed “In Memoriam: W. M. Thackeray” to The Cornhill Magazine.  Dickens’s biographer and friend John Forster relates, “There had been some estrangement between them since the autumn of 1858, hardly now worth mention even in a note.  Thackeray, justly indignant at a published description of himself by the member of a club to which both he and Dickens belonged, referred it to the Committee, who decided to expel the writer.  Dickens, thinking expulsion too harsh a penalty for an offence thoughtlessly given, and, as far as might be, manfully atoned for by withdrawal and regret, interposed to avert that extremity.  Thackeray resented the interference, and Dickens was justly hurt by the manner in which he did so.  Neither was wholly right, nor was either altogether in the wrong.”  What Forster neglected to mention was that Dickens and Thackeray remained estranged until just before Thackeray’s death in 1863.  At the Athenaeum Club, where the trouble first began, Dickens and Thackeray finally forgave each other, as Jesus commands us to do (Matthew 6: 9-15).

—From The Dickens Christian Reader, published by AMS Press, New York, in 2000.

Forgues died in Cannes on 22 October 1883, but his death seems to have been kept from the public for a few weeks.  The author of the obituary in Le Temps believes that no announcement was made or published during the three weeks following his death.  The account in Le Figaro, published on the same day, also fails to provide details, opting instead for some anecdotes about Forgues.  Even the London newspaper Semaine française et le Courrier de l’Europe, with a reporter stationed in Cannes for recurring articles on city events, apparently was unaware of his death, as neither report nor obituary was published.  During the next two weeks, scattered British newspapers published identical and even shorter notices, always omitting the date of death, suggesting that each paper was simply in need of filler copy on particular days.

Forgues spent much of his life translating and publicizing English and American authors—although for Dickens, he combined praise with potentially harmful publicity.  It is ironic that no one cared to publicize his passing in a manner worthy of his life accomplishments.

—From “‘A Final Indiscretion’: Émile Forgues and His Authorized Biographical Sketch of Dickens” in the Summer 2017 issue of The Dickensian.

Dr. Robert Hanna is a professor of English at Bethany Lutheran College and has been teaching English courses, along with education courses for future English teachers, for nearly thirty years.  He holds degrees from Lake Forest College (B.A.), Northwestern University (M.M.), The College of William and Mary (Ed.S.), and The University of North Carolina at Greensboro (Ph.D.).

His areas of specialty are the English language, Shakespearean drama, British Romantic and Victorian literature, and modern American and British poetry.