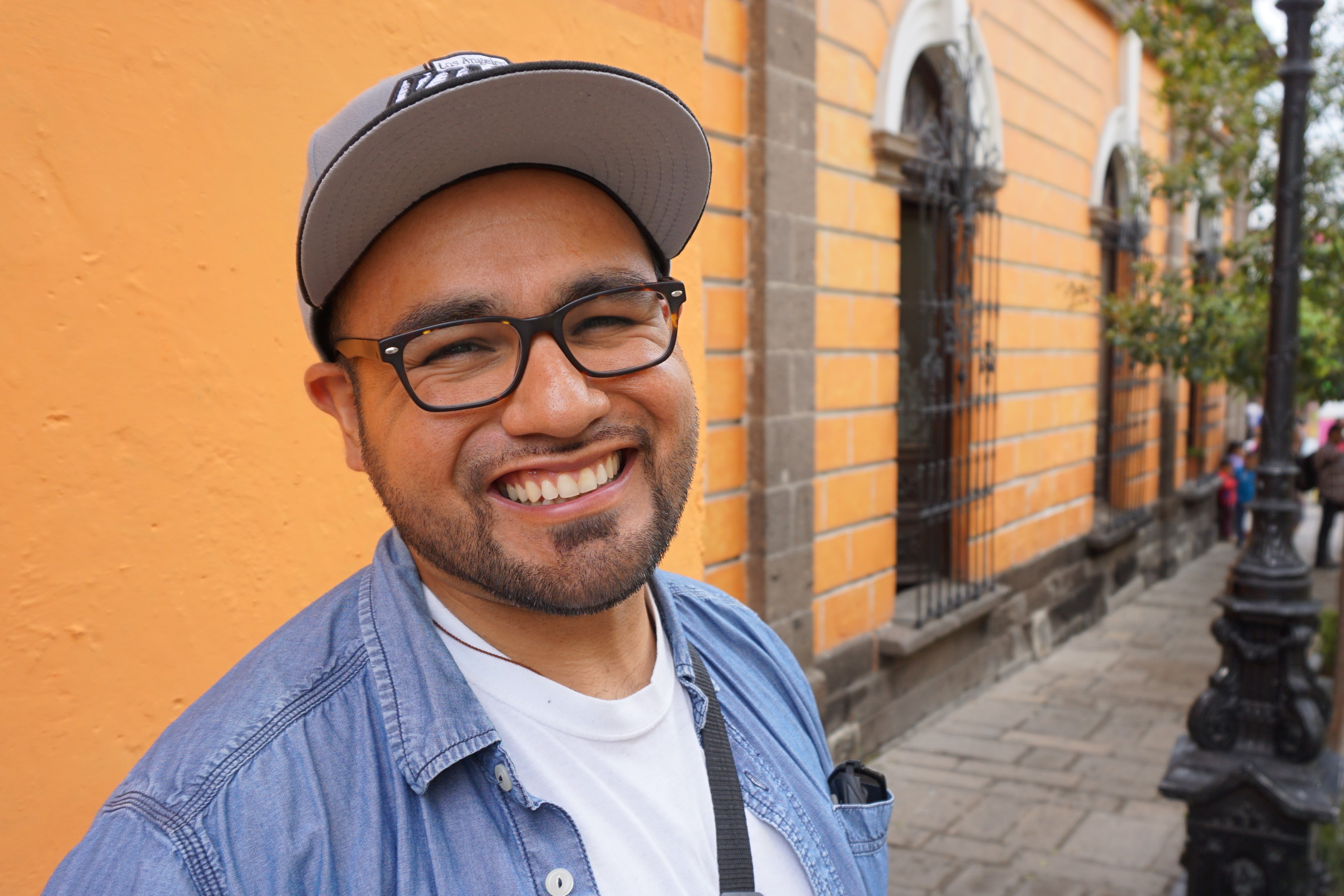 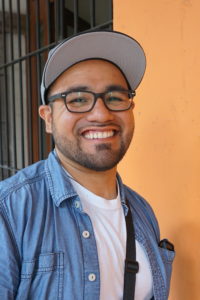 When I think of a poet, I tend to think of a “hipster.” I think of someone who wears the latest trends of clothing for fashion’s sake. I think of someone who wears a snapback hat with shades and drives an older, beaten-up car, because that’s all that they can afford. When I meet Michael Torres, a poet residing in Mankato, Minnesota, he lives up to half my expectations. He’s wearing a King’s snapback, has slick sunglasses, and a jean jacket with the hood up. His car is a beaten-up Ford pickup truck that has definitely seen its fair share of driving. But while he lives up to some stereotypes of poets that I have in my head, there’s also a fair share of things about Michael that are far from the norm.

I meet Michael at Bethany Lutheran College, but agree to go someplace else to talk. As we are getting into his truck, I look down and see he has Powerpuff Girl foot mats. I laugh and ask why he would have those. “Oh,” he explains, barely acknowledging them as though he’s more than used to seeing them. “My sister put those in years ago, and I haven’t bothered to take them out.” I ask if he’s a fan of the cartoon, and he shakes his head, saying, “Not really. It’s cool though.” Of all the things I would expect to find inside a poet’s truck, Powerpuff Girl mats are pretty low on the list. While we drive through Mankato, he starts talking about some of the things he does for a living, one of which is teaching inmates creative writing—that certainly doesn’t seem normal. While I’m still taking that in, he pulls into a Caribou Coffee parking lot, saying, “I come here a lot to work alone. If it’s not too crowded, we’ll stay.”

We go in, and Michael nods to himself, as if confirming it’s empty enough for us to sit and enjoy ourselves. We order ourselves tea and sit to talk. Before jumping right into the abnormality he had brought up in the car, I start by asking him what else he does for a living. He says, first and foremost, that he considers himself a full-time writer. He talks about his work with poetry and his push to have some of it published. This leads into something else he does, which is teach creative writing part-time at MSU as an adjunct professor. He says he wants to be a full-time teacher, but one of the steps he has to take first is to have some of his work published. I consider how these things fit the image of a poet pretty well—from coming often to coffee shops to work, to teaching creative writing and pushing for his work to be published. So to switch that up, I ask about his work with the inmates.

He smiles and is clearly more interested in talking about that. As well as teaching a class for creative writing at Minnesota State University in Mankato, he teaches at a prison through the Minnesota Prison Writing Workshop. His students there range between 35 and 50, so, being in his 30s, Michael sometimes feels more like a student than a teacher. At the prison, he has all these guys who are much older than him, and farther along in life than he is. Michael says that his students often write about the want for freedom, and to have their lives back, and how that makes him reflect on his own life. He says that reading their work gets him thinking about the decisions he’s made and the things he’s done, and this often leads to inspiration for his poetry. I ask if the inmates he teaches have done any serious crimes, like committing murder or something of that degree. Michael shrugs and says he doesn’t know. He hasn’t looked at the files for any of his students, because the knowledge of their crimes would change his opinion of them. He would rather know them as the people they present themselves as, rather than know them for what they have done. I never would have guessed that a poet and adjunct prof at MSU would also be teaching part-time at a prison, but after talking to Michael about it, it makes sense. He loves to give back to the community, as he also volunteers at the REACH Drop-In Center for at-risk youth in Mankato, and looks to his day to day life for inspiration for his writing.

Dropping the topic of work, I ask what he enjoys doing with his free time. Immediately, Michael starts talking about running. “It keeps me organized, it keeps me healthy, and it keeps me inspired,” he explains. He says, happily, that he’s been to all the trails in Mankato, and has run the length of them too, which is pretty impressive. Michael has run several marathons, and dwells for a moment on how training for those was a pain, but the end result was so fulfilling. He used to be an unhealthy eater, but when he started to run, he cleaned his palate. Nowadays, he only eats food that will help him run and help him think. He also explains that he is at his most creative while running. Exercising frees up his mind and allows him to focus on just one thing: writing. Michael pauses and reaches into his pocket. Out of it, he pulls an old, beat-up miniature notepad, and flips through it for a moment. “When I’m running, I start thinking of things to write. So, I keep this on me to jot stuff down,” he says.

What were some of the things that led him to want to become a writer? When I ask this, he pauses for a long moment, taking a long drink of his tea. Finally, he leans in and says, “Okay, so when I was younger, I was really into the WWE.” I chuckle and nod for him to continue. He loved the stories that would follow each wrestler, and how that led to them being unique characters who had different narratives season to season. Michael would draw pictures of his own wrestlers and give them backstories that would fit them into whatever story was already being told. “There was a spark of creativity I got from doing that,” he says, “and I noticed, and pursued it.”

Michael knew he wanted to be a writer during a poetry class he took in undergrad in California when he was 21. One morning while working on an assignment, he was sitting on a porch, papers scattered in front of him, and he was struggling to think of what to write next. Out of nowhere, a realization hit him. “The feeling of thinking creatively and writing it down to tell a story or display an emotion,” he says, “it made me think, man, I could do this for a living.” So, he started writing outside of class, submitted his work to magazines and publishers, and became active in the community, which is how he ended up where he is today.

Once we finish at Caribou, we decide to go to a park in downtown Mankato, on the river front. A path stems from the park, going along the Minnesota River, which Michael says he likes to run. Instead of running, though, we walk it. The path goes for a good distance, and out of the blue, he says that one thing he hopes to still do with his life is get into film. I ask what position he desires, and he says, “Directing, storyboarding, I just want to try visualizing some of my ideas.” There is a breakaway from the path, and it leads to train tracks that run through a station. On a wall that separates the railyard from the path is a mural. Michael wants to get a closer look at it. On one end is a sun rise, and on the other end is the sun setting. In between is the rest of the day as it passes over a forest along the river. As Michael examines it, I think to myself—it’s considered normal for the sun to come up in the morning and go down at night, but what happens throughout the day can sometimes deviate from expectation.

Leif Johnson is a Freshman who was going to major in English but is now considering majoring in History instead. He likes to write fiction and uses a lot of historical aspects in his work. He also likes wasting a lot of his time playing video games, watching anime, and reading.